Wealth Management
Investment opportunities to blossom under GBA plan
The eagerly-awaited framework for the GBA has been launched, and covers key issues such as increased connectivity and all-important cross-border capital flow considerations
20 Feb 2019 | Janette Chen

The newly issued and much-anticipated Greater Bay Area (GBA) Outline Development Plan aspires to cater to the mutual interests of investors based in mainland China and those based in Hong Kong looking to allocate their asset in each other’s markets. Crucially, the plan covers mutual access to capital and indicates more flexibility and convenience in cross-boundary investment.

The Outline Development Plan for Guangdong-Hong Kong-Macao GBA was issued by the State Council of China this week. The 11-chapter plan not only emphasizes the integration of the nine cities involved in the GBA but also indicates potential commercial opportunities spawning from closer integration. 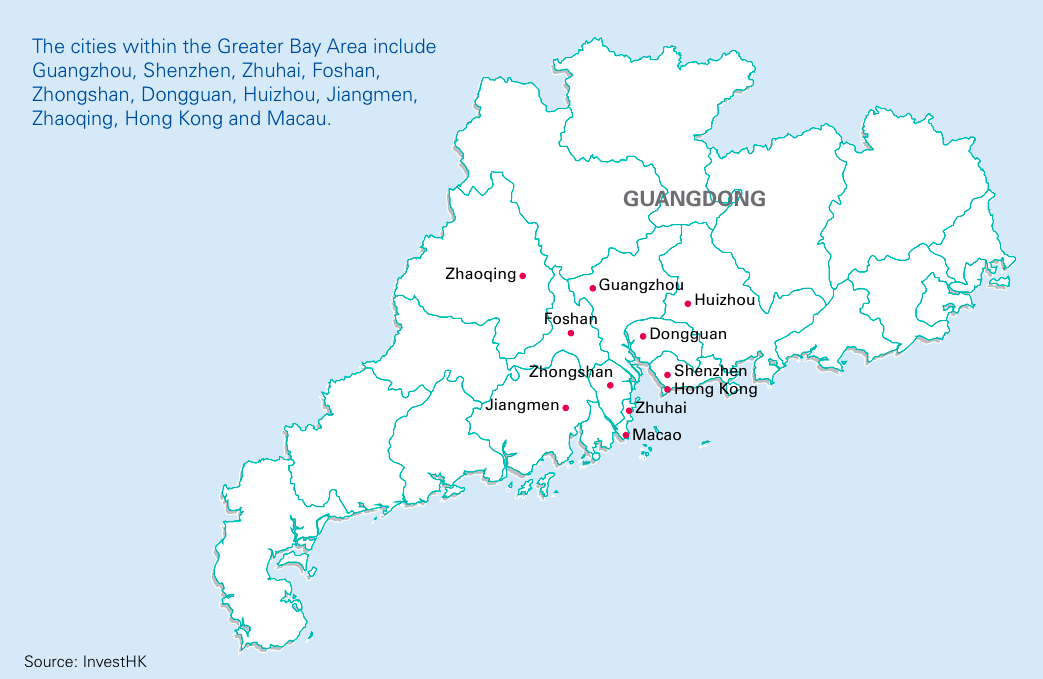 Connectivity has been a major theme of the GBA initiative since it was first proposed, and this Plan stresses this major component to the development of the GBA. It calls for further connectivity of financial markets and to constantly improve the links fundamental to Stock Connect and Bond Connect.

For quite a while now, investors from the two sides of the border have shown interest in investing in each other’s market.

Indeed, nearly half (49%) of the respondents from Guangdong rank Hong Kong stocks as their top three asset classes in the next 12 months, with 33% ranking this vehicle as the most important, according to the survey by the Hong Kong Investment Funds Association (HKIFA) compiled in the third quarter of 2018. 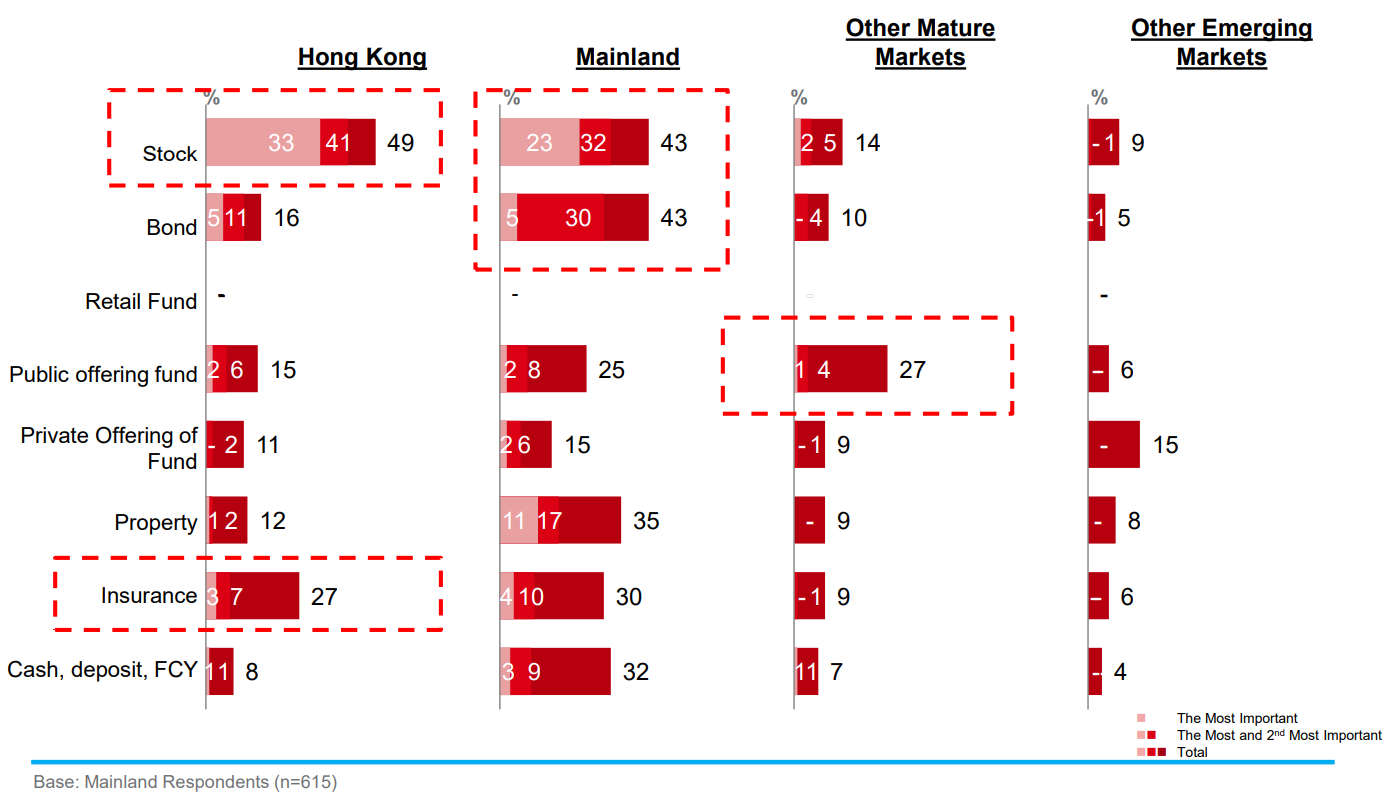 Turning to investing in the bond market, these investors prefer to keep their capital onshore. Only 16% of the Guangdong respondents choose Hong Kong bonds as their top three asset classes in the next 12 months, while 43% pick mainland Chinese bonds. 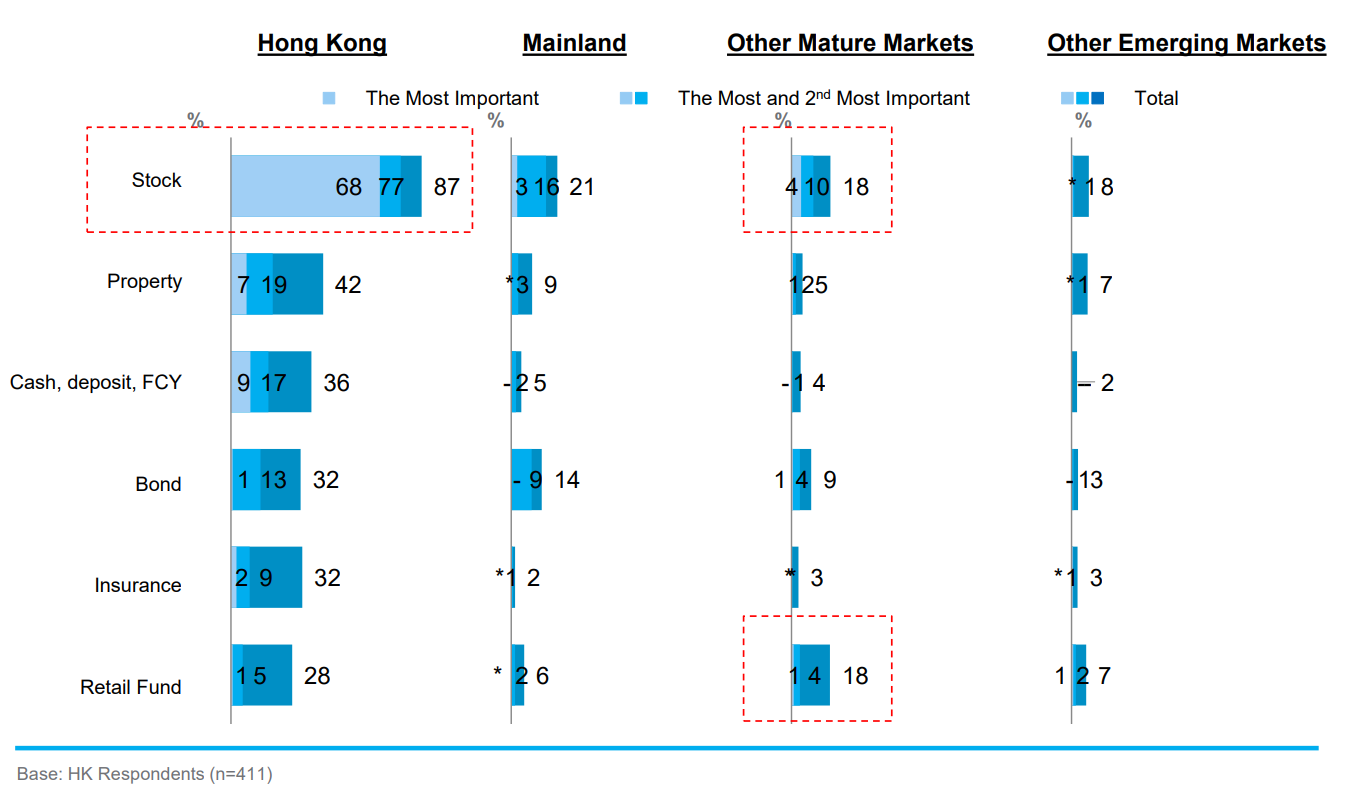 The recently-launched GBA Outline Development Plan is intended to nurture the mutual interest between the two markets. In Section Three of Chapter Six, the Plan calls for widening the scope for cross-boundary investment by Hong Kong and mainland Chinese residents and institutions and expanding the channels for mainland Chinese and Hong Kong residents to invest in financial products in each other’s market.

Sectors such as technology, infrastructure, high-tech manufacturing, environment protection, tourism, education and entertainment are set to reap the rewards deriving  from the national strategy promoted through the GBA, according to Deutsche Bank.

Another trend that HKIFA’s survey has captured is that Guangdong investors are more likely to place their asset overseas. 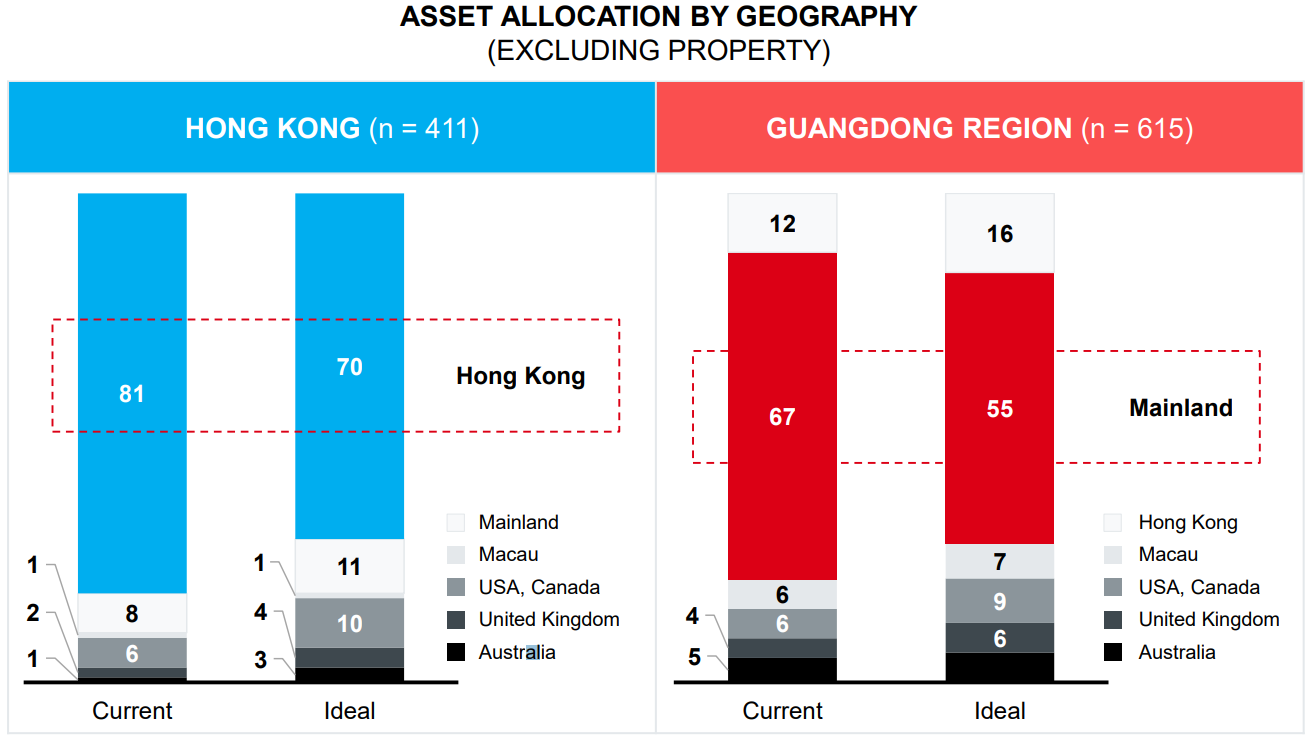 Apart from HK stocks, investors from Guangdong are interested in other offshore investment opportunities, with 27% of the respondents choosing insurance policies offered in Hong Kong. Another 27% indicate that they are interested in public funds which invest in mature markets.

The Plan indicates that these aspirations will be supported under the GBA. Cross-boundary transactions of financial products such as funds and insurance within the GBA will be promoted, according to the Plan. And a mechanism for mutual access to capital and products will be established.